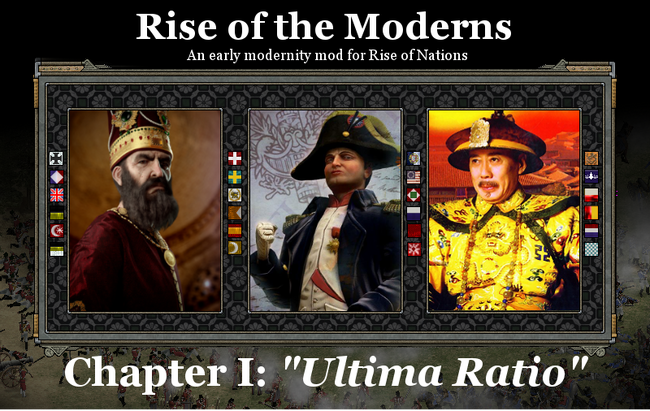 Ultima Ratio is the first Chapter of Rise of the Moderns, and covers 24 factions of the Imperial Era, spanning the careers of Nader Shah and Napoleon.

Like all Rise of Nations mods, it has its own set of 24 factions as well as its own wonders, all loosely based on the Rise of Napoleon mod by Ray Tang.

The original Rise of Napoleon, but with a twist.......

Rise of the Moderns:

Community content is available under CC-BY-SA unless otherwise noted.
Advertisement